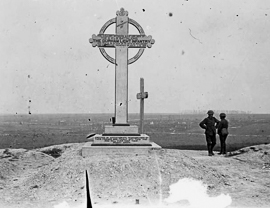 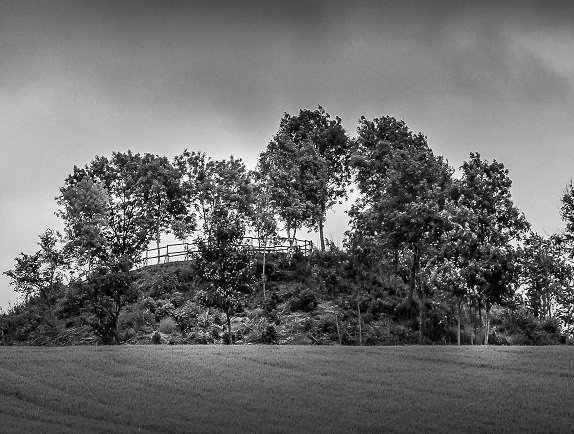 Welcome to the website dedicated to the Butte de Warlencourt, an iconic site which is located on the World War One Somme battlefields situated some three miles from the town of Bapaume in the Pas de Calais department in Northern France. Originating back to Roman times, the Butte (French for ‘hill’) is a mound some sixty feet high standing close to the D929 Albert-Bapaume road. In WW1, it was held by the Germans at the end of the Battle of the Somme in 1916 and in a fashion, marked the final line of the British advance on the Somme.

After nearly 30 years of ownership by the Western Front Association, (WFA), a charity based in United Kingdom, the Butte was bought by its present owners Bob and Julia Paterson, late in 2018. The Patersons spend a sizeable part of the year living in the close by village of Morval. Apart from ensuring the existence of the Butte as an accessible, well known, World War One site, the owners have now recommenced a restoration project which had been started and progressed by Bob in his WFA days but subsequently had stalled after his departure. We want as many people to visit the Butte and to engage with it. Details of planned enhancements and related will appear in the News section of this site, however it is strongly reiterated that the Butte will always be the Butte and that will never change. We hope that you may even engage with the Butte by becoming a member of our non profit making Butte de Warlencourt Association.

The Butte has a story to tell so let us do everything to tell it. All stories, photographs are more than welcomed also and if possible, will appear on this site or in the proposed Association newsletters. Please send them to info@buttedewarlencourt.com. Again telling the Butte story, we are delighted to now have published three WW1 articles re the Butte. The exploits of Roland Bradford is there as is an article re the day the Butte caught fire in January 1917. This is a superb read, it is fascinating. Also in the same section, Bob recently posted an article about the South African Brigade's exploits in the area in October 1916. It seems that the allies had two enemies - the Germans and the mud. Note the words in the article 'had simply disappeared' In the pre 1914 section, we have just added a nice summary regarding the 1870-1871 war action in the area and a piece regarding the background over the years of Warlencourt and l'Abbaye. There are quite a few memorials for the 1870-1871 war all within a few miles from the Butte. These are well worth visiting and offer some nice photo opportunities

Have a look at the rest of the site please. Hopefully you will find it worthwhile and interesting. Apart from giving details of all improvements, developments at the Butte, the mixture of pictures for example on the Gallery page is fascinating. Before COVID 19 hit, we were well down the line of having a Butte Working Weekend at the end of April 2020 whereby anybody who was in the area and could spend an hour or whatever helping tidy and maintain the Butte was more than welcome to attend. However the virus arrived and when it is going away we are all not very sure. If we can hold a Working Weekend this year would be great, it all however depends on the lock down restrictions being lifted especially all the travel aspects. Further details will be on the site and for those who have kindly joined as associates will be the subject of email newsletters. We are glad to say that routine paid maintenance of cutting grass at the top of the Butte and around the car park area continues however.

Your input, help and friendship is valued, it is certainly hoped you visit again. Many thanks to Stevie Kerr for providing the image of the Butte from above. The main picture at the top is copyright I.W.M.

Click here to see a video of the Butte from above, taken on a wonderful, clear, winter's day. All courtesy of Steve Kerr Photos 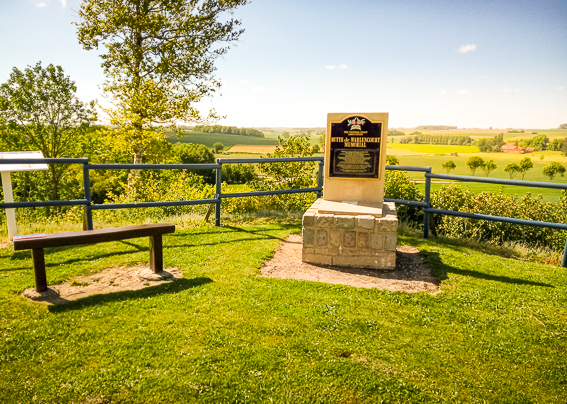 Border around the memorial tidied 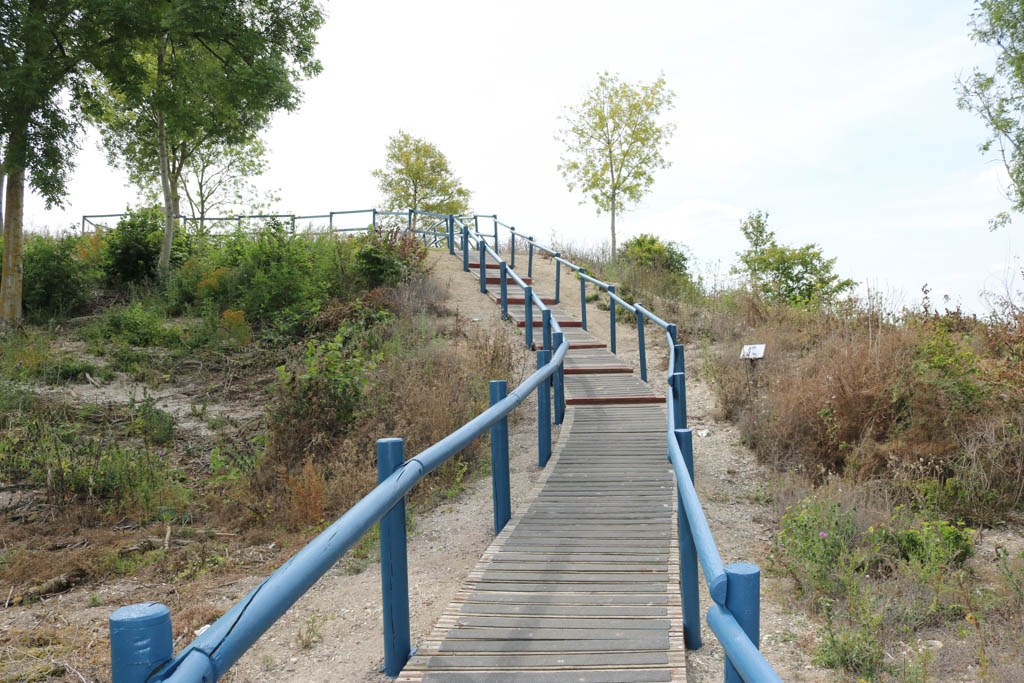 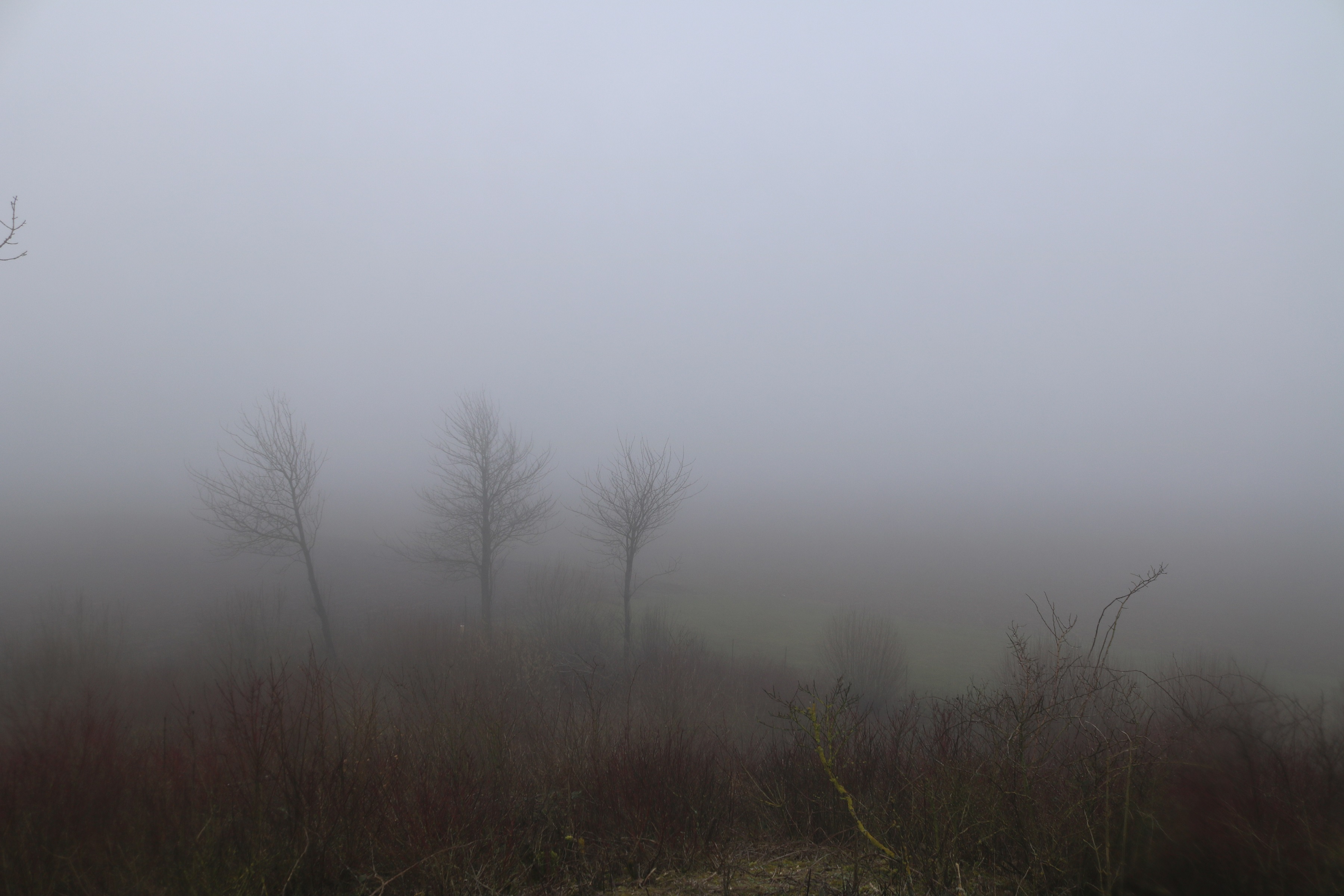 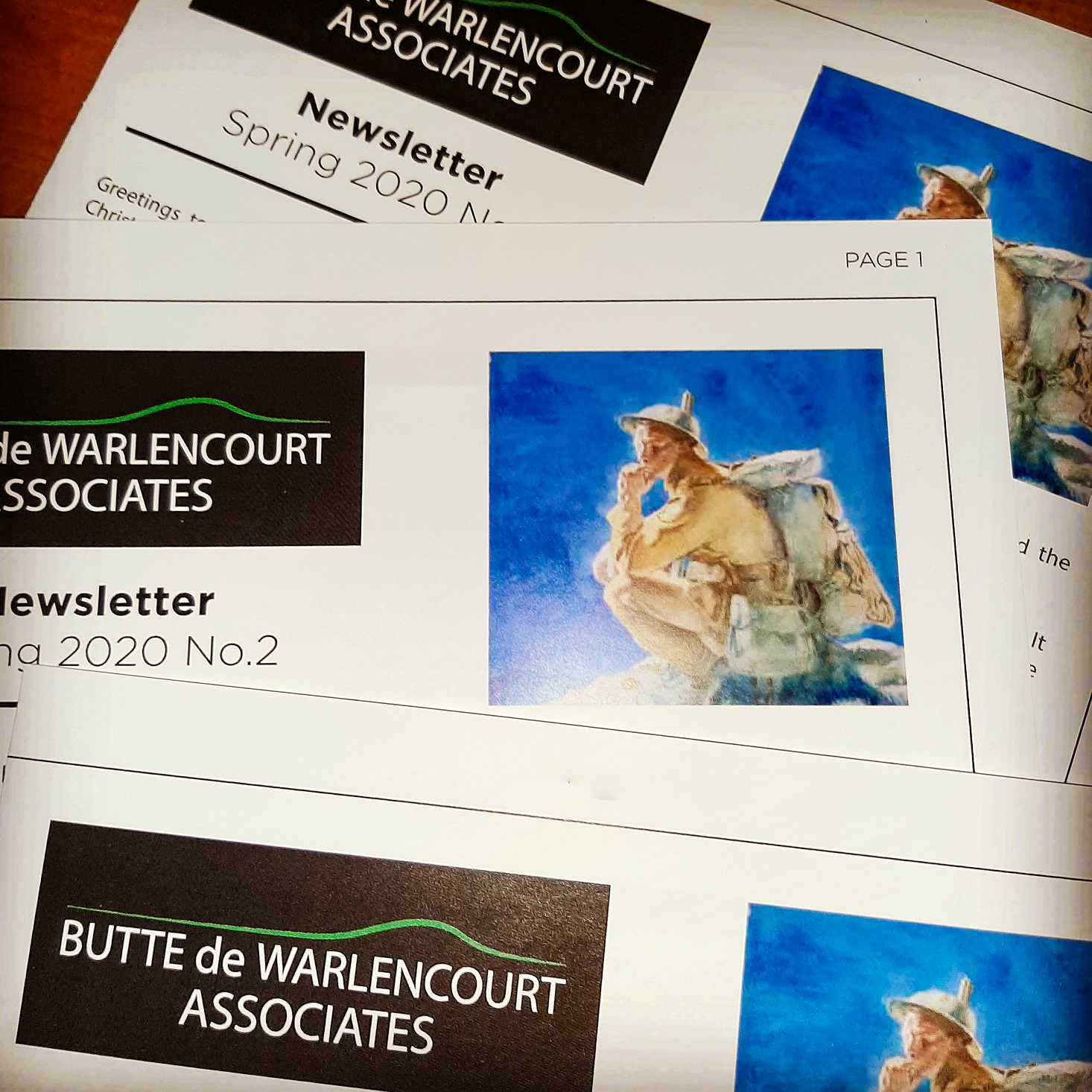 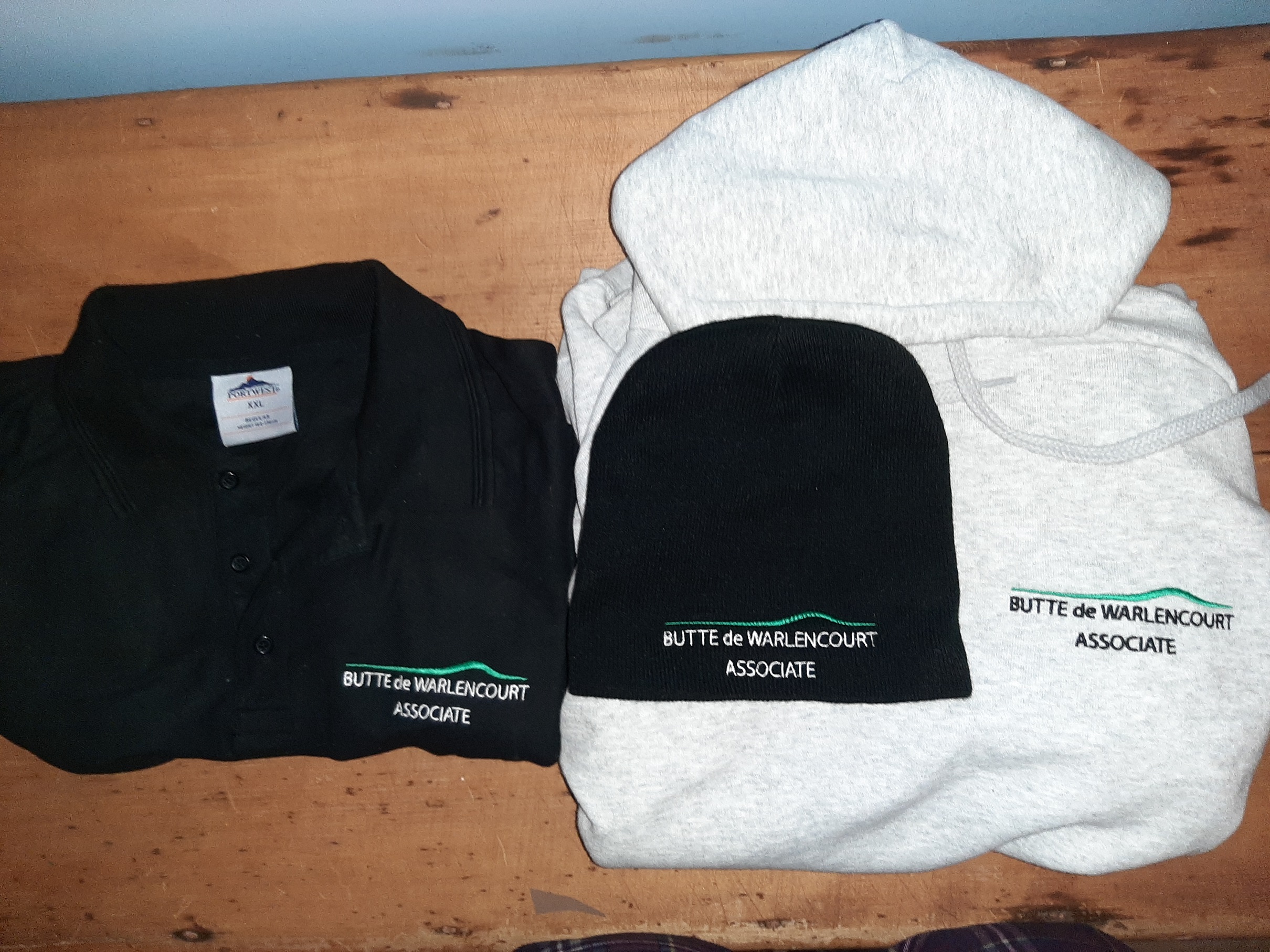 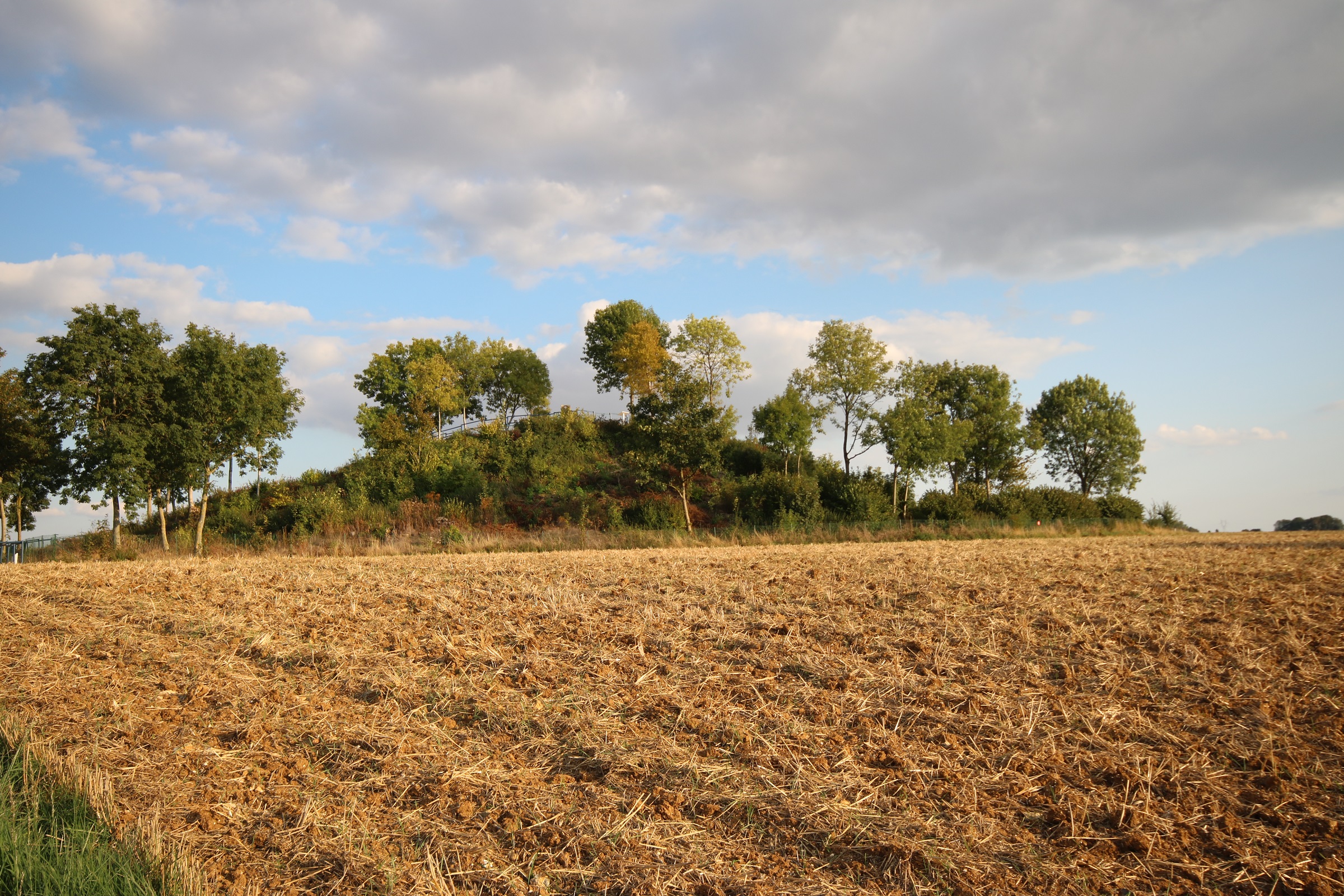 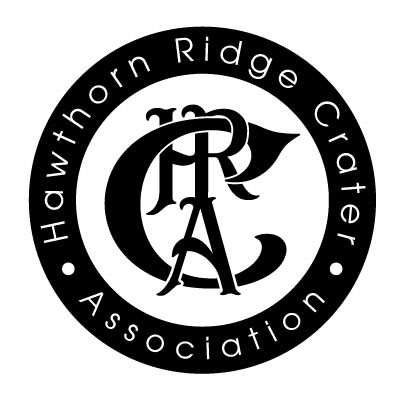